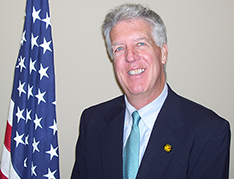 The mission of the Avon Lake City Schools, a district committed to personalized educational excellence, is to challenge all students and develop their individual goals through community partnerships, resources, and technologies which will produce responsible and compassionate citizens. We believe that all children have the desire and capacity to learn, each in a unique, individualized and sometimes special manner. We also believe that learning is best in a safe, supportive and nurturing environment marked by expectations, challenge, mutual respect and trust, risk-taking, connection to the real world, and personal responsibility.  As Superintendent of Avon Lake City Schools, Bob Scott enjoys working together with staff, students, parents and community members to further the district’s mission.

Board of Education / District Offices